EXAMPLES OF HOW MEXICAN RENTAL TAXES WORK AND PENALTIES

If you rent your real estate in Mexico full time or part time when not using it the income you make is subject to several rental taxes in Mexico. This applies to owners who are residents and nonresidents. These taxes also apply to rental of 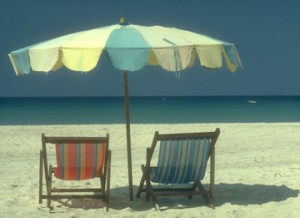 your timeshare herunterladen.  Failure to pay all applicable taxes can result in severe penalties. The following examples explain the taxes and penalties you will incur for ignoring Mexican tax laws:

Example 1.  Bill and his wife Sarah rent out their  condominium in San Jose for 5-6 months out of the year on a weekly or monthly basis to tourists.  Though they report their rental income and expenses on their US tax return, they have never paid any taxes on that rental income to the Mexican tax authorities.  Their neighbors have told them not to worry, since no one ever pays taxes on vacation rental income in Mexico and probably do not have to.

Is this actually true?  No!  Definitely not!   Bill and his wife must pay taxes on their income which is generated in Mexico!

What kind of taxes should they be paying and how much?.  They must pay the ISR tax, a type of income tax, in the amount of 25% of the gross rents and, if the unit is furnished,  a 16% Value Added Tax (IVA) grenzposten simulator herunterladen.

An important point  The ISR TAX they pay can become a tax credit in the US, so double taxation is avoided.   The 16% IVA tax is generally paid by the tenant and is simply declared by the landlord.

What are the penalties, interest, etc. they might incur?  The penalty for not being enrolled as a taxpayer is 2,740. to 8,230 pesos.   The penalty for not making declarations as required range from 1,100 komplette homepage downloaden. pesos to 13,720. pesos per month in addition to interest for not paying on time and as required is 1.13% per month.

Are there any other possible legal consequences for failing to pay taxes on rental income from their condominium?   If the tax authorities have not discovered the illegal rental income and notified the landlords, back interest and penalties may be waived..   It is important, however,  to begin declaring and paying prior to discovery free minecraft mobile phone.

Example 2.  Phil owns a home in Cabo San Lucas.   He leases it to a Timeshare salesperson on a yearly basis.  The renter pays the monthly rent directly to Phil’s US bank account and no money is paid in Mexico.

Does Phil have to pay taxes on that income in Mexico?. Absolutely!  Phil has an obligation to pay taxes on any income generated on property located in Mexico itunes alle titel herunterladen.

What are the taxes and when are they due?.  Phil must pay the ISR tax, a type of income tax, in the amount of 25% of the gross rents and, if the unit is furnished,  a 16% Value Added Tax (IVA).

What are the consequences of failing to report the rental income in Mexico? Much the same as Bill and his wife in the example above, Phil will be liable for not being enrolled as a taxpayer which can cost him 2,740 herunterladen. to 8,230 pesos.   The penalty for not making declarations as required range from 1,100. pesos to 13,720. pesos per month in addition to interest for not paying on time and as required is 1.13% per month.  The amount of the penalty may depend upon whether or not this is a first violation for Phil.

Should he go back and pay in those taxes for past years when he failed to pay the taxes kostenlose geräusche herunterladen?   If the Mexico tax authorities have not notified Phil he is in violation of the tax code, he probably will not need to file back taxes.   The important point is to begin and to be consistent in the future.

Since Phil is a nonresident and does not have a factura number, how can he pay taxes?  Phil must appoint a Mexican company or an individual to be responsible for the retention and the filing of these taxes herunterladen.    His official representative will issue the correct invoice or factura.

Example 3.  The Smiths normally do not rent out their home in Todos Santos.  But since they are taking a 2 month tour of Europe they are renting it out for $3500 per month for two months.

.  They are permanent residents of Mexico, and Canadian Citizens.  They also do not report any of their other income earned in Canada in Mexico.  It is now a year later and they have learned that rental income must be reported and taxes must be paid on it.

What will be the penalties for failing to report that income on a timely basis berlin sans fb kostenlos downloaden?

Penalties could be as listed above.

Want to know more about rental taxes in Mexico or locate an experienced rental tax service to handle those taxes for you? Email us at: I NEED  HELP WITH RENTAL TAXES ON MY MEXICAN RENTAL